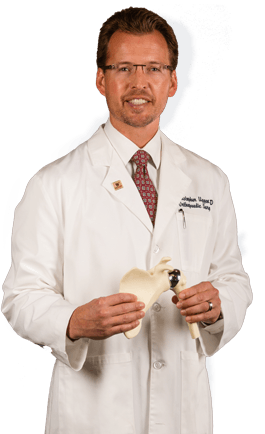 Arthritis is a general term covering numerous conditions where the joint surface or cartilage wears out. The joint surface is covered by a smooth articular surface that allows pain-free movement in the joint. This surface can wear out for a number of reasons, often the definite cause is not known.

The anterior cruciate ligament, or ACL, is one of the major ligaments of the knee that is in the middle of the knee and runs from the femur (thigh bone) to the tibia (shin bone). It prevents the tibia from sliding and rotating out in front of the femur. Together with posterior cruciate ligament (PCL), medial collateral ligament (MCL), and lateral collateral ligament (LCL), it provides stability to the knee.

The knee is a complex joint which consists of bone, cartilage, ligaments and tendons that are responsible for joint movements. These structures are susceptible to various kinds of injuries. Knee problems may arise if any of these structures get injured by overuse or suddenly during sports activities or trauma. Pain, swelling, and stiffness are the common symptoms of any damage or injury to the knee.

Articular or hyaline cartilage is the tissue lining the surface of the two bones in the knee joint. Cartilage helps the bones move smoothly against each other and can withstand the weight of the body during activities such as running and jumping. Articular cartilage does not have a direct blood supply to it so has less capacity to repair itself. Once the cartilage is torn it will not heal easily and can lead to degeneration of the articular surface, leading to development of osteoarthritis.

Loose bodies are small loose fragments of cartilage or bone that float around the joint. The loose bodies can cause pain, swelling, locking and catching of the joint. Loose bodies often occur with osteoarthritis. Other causes include fractures, trauma, bone and cartilage inflammation, and benign tumors of the synovial membrane.

Knee Arthroscopy is a common surgical procedure performed using an arthroscope, a viewing instrument, to look into the knee joint to diagnose or treat a knee problem. Most patients discharge from the hospital on the same day of surgery.

The meniscus are two C-shaped pieces of cartilage located between thighbone and shin bone that act as shock absorbers and cushion the joints. The meniscus distributes the body weight uniformly across the joint and avoids the pressure on any one part of the joint and development of arthritis. Menisci are prone to wear and tear and meniscal tear is one of the most common knee injuries. Meniscal tear may occur in people of all ages and is more common in individuals who play contact sports.

The anterior cruciate ligament is one of the major stabilizing ligaments in the knee. It is a strong rope- like structure located in the center of the knee running from the femur to the tibia.

An osteochondral allograft is a piece of tissue taken from a diseased donor to replace damaged cartilage that lines the ends of bones in a joint. A section of cartilage and bone is removed, shaped to precisely fit the defect and then transplanted to reconstruct the damage.

Articular or hyaline cartilage is the tissue lining the surface of the two bones in the knee joint. Cartilage helps the bones move smoothly against each other and can withstand the weight of the body during activities such as running and jumping. Articular cartilage does not have a direct blood supply to it so has little capacity to repair itself. Once the cartilage is torn it will not heal easily and can lead to degeneration of the articular surface, leading to development of osteoarthritis.

The posterior cruciate ligament (PCL), one of four major ligaments of the knee, is located at the back of the knee. It connects the thighbone (femur) to the shinbone (tibia). The PCL limits the backward motion of the shinbone.

The medial collateral ligament (MCL) is the ligament that is located on the inner part of the knee joint. It runs from the femur (thigh bone) to the top of the tibia (shin bone) and helps in stabilizing the knee. Medial collateral ligament (MCL) injury can result in a stretch, partial tear, or complete tear of the ligament. Injuries to the MCL commonly occur as a result of trauma forces to the outside part of the knee.

The anterolateral ligament (ALL) is a band of tissues extending obliquely from the lower protuberance of the femur (thigh bone) to the upper and outer end of the tibia (shin bone). It provides stability during rotational movements of the knee.

Knee injuries are usually caused by twisting activities, which ruptures the anterior cruciate ligament (ACL) inside the knee. The ALL is also thought to rupture sometimes in the process. Reconstruction of just the ACL can sometimes leave the knee with increased laxity, so a combined ACL and ALL reconstruction may be recommended to improve stability.

High tibial osteotomy is a surgical procedure performed to relieve pressure on the damaged site of an arthritic knee joint.

It is usually performed in arthritic conditions affecting only one side of your knee and the aim is to take pressure off the damaged area and shift it to the other side of your knee with healthy cartilage. During the surgery, your surgeon will remove or add a wedge of bone either below or above the knee joint depending on the site of arthritic damage.

Total knee replacement, also called total knee arthroplasty, is a surgical procedure in which the worn out or damaged surfaces of the knee joint are removed and replaced with artificial parts. The knee is made up of the femur (thigh bone), the tibia (shin bone), and patella (kneecap). The meniscus, the soft cartilage between the femur and tibia, serves as a cushion and helps absorb shock during motion. Arthritis (inflammation of the joints), injury, or other diseases of the joint can damage this protective layer of cartilage, causing extreme pain and difficulty in performing daily activities. Your doctor may recommend surgery if non-surgical treatment options have failed to relieve the symptoms. 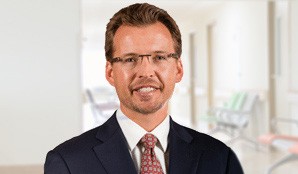